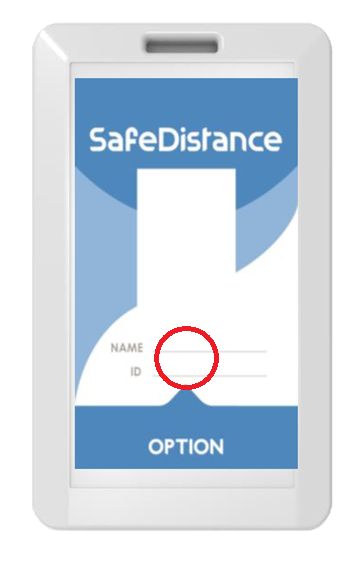 The button to control the SafeDistance badge is situated on the front side, where the red circle in the photo above is at.

Connecting the badge to the private network

SafeDistance Badge is connecting to the LoRaWAN network: the green LED is on during joining.

When the button is pressed once when the SafeDistance Badge is connected:

Did you find it helpful? Yes No

Send feedback
Sorry we couldn't be helpful. Help us improve this article with your feedback.